Don’t You Ever Ask Them Why 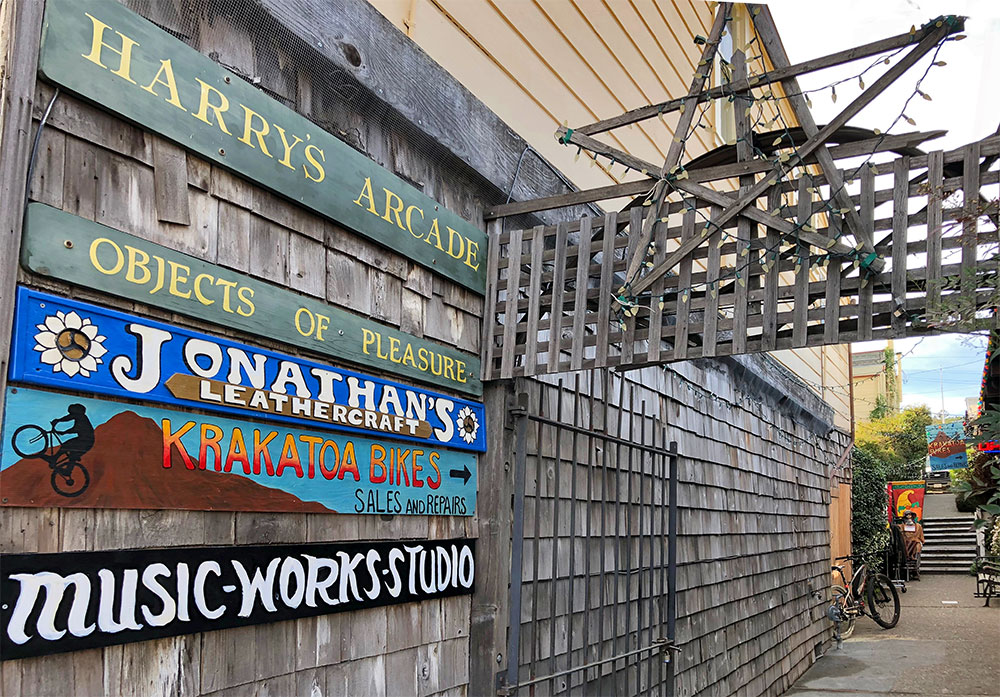 “Say ‘Eh!’” commands my new voice teacher, Pollyanna Bush. She’s slim and elfin, with huge dark eyes and a waterfall of red hair that tumbles past her hips. She’s seated at a piano in her Fairfax studio, MusicWorks. I’m standing facing her, a space heater blowing warm air at my knees.

“Louder! Shout it! Like you’ve just seen someone on the other side of the parking lot trying to break into your car.”

“Better. But you’re putting too much air into it. Louder, but no air!”

Pollyanna was recommended to me by my friend Janice, whose daughter Sacha takes voice lessons from her. She’s an award-winning singer/songwriter; a music educator and therapist; and an expert in the healing power of song. But the biggest selling point for me is that her studio is just a mile from my house. In my busy life, proximity is everything. I know I’ll never keep up with my lessons if I have to commute.

I’m loving the bite-sized sessions of my online Fear of Singing Breakthrough Program. But I’m hesitant to add private lessons with that teacher via Skype–I already spend too much of my life in front of a computer screen. Besides, I’m still way too self-conscious to schedule my lessons at home, where I might be overheard by my family.

So a couple of weeks ago I found myself walking up a little pathway in downtown Fairfax, tucked between a fabric store and a head shop. It looks a little like Diagon Alley from the Harry Potter books—a place you might purchase a wand made of unicorn hair or an invisibility cloak. And there, behind a slightly crooked door, is MusicWorks.

Inside, the studio is a blend of dilapidated and high tech—a bulging, well-worn couch; a creative sprawl of microphones, instruments, and audio cables. For our first lesson, Pollyanna has asked me to bring along a song I want to sing, a request that provoked a mini existential crisis—what DO I want to sing? And what will my selection reveal about who I am? (“Whatever you like to listen to in the car,” she suggested. Hmmm. So..the theme song for NPR’s “All Things Considered?”) Minutes before our lesson, I landed on “Teach Your Children” by Crosby, Stills, and Nash. With a teenage son a few months away from his high school graduation, those familiar lyrics about love, loss, and letting go seemed timely.

But two classes in, we’ve only spent a little of our time doing anything I’d immediately identify as—well, singing. Instead, we’re breaking down one line of the song—“Don’t you ever ask them why”– into its component vowels.

Pollyanna teaches a method she learned in Denmark called Complete Vocal Technique. Without going into too much technical detail (which I don’t really understand, anyway) I’ll just tell you that the method divides the voice into four “vocal modes”—named neutral, curbing, overdrive, and edge—based on the configuration of the vocal tract that are used to produce them. (Pollyanna explains that scientists have studied this by putting tiny cameras through singers’ sinuses, an image that makes me sneeze).

Pollyanna tells me that I don’t have a problem singing on pitch—my pitch (despite Sister Mary Monica’s sixth-grade harangue to the contrary)—is just fine. “You can stop worrying about that. You can just throw that idea out.”

Instead, she’s trying to help me get more power into my voice by getting me to sing this line in the metallic modes of overdrive and edge,  rather than in the breathy neutral that seems to be my go-to mode for higher-pitched notes. However, she explains that this involves altering the vowels, as each mode only allows for certain sounds.

She’s getting me to say “whaa” (as in “whack”) rather than “why”—“lift the sides of your tongue to touch your molars!” She’s teaching me how to make the “oh” of “don’t” sound like what she calls “an Italian o,” by placing the tip of my tongue at the base of my front teeth, then gliding it back along the frenum, while opening my mouth wide “like you’re biting an apple.” Then she tells me to glide the tongue forward to touch the teeth again, lips relaxed, to make the “oo” of “you.”

“Do it over and over,” she tells me. “That way you’ll get it into your muscle memory and it will be there when you need it.”

As I follow her instructions—and then later at home, as I play back my IPhone recording of our lesson and practice the sounds over and over—I reflect on the process of learning any new art form. You may come to your art with such grand ambitions, such a passionate longing to express—to sing! To dance! To play the piano! To paint! To write poetry! And yet part of what you must learn, in order to let your creative vision soar, are the earthy nuts-and-bolts of craft: How to hold the paintbrush, and then how to clean it. How to place your hands on the piano keys. How to form a letter “A”.

One dimension of yoga practice is flowing through a free-form vinyasa from pose to pose—or even letting go of the idea of poses entirely and just letting shapes emerge from the natural intelligence of the body. But another, equally crucial aspect is staying with one form for an hour as you explore the fine points of alignment: pressing down through the ball of the right big toe, then the outer right heel; tilting the tip of the coccyx first one way, then the other.

Through yoga, I’ve learned to trust in this kind of process. So I stay with it—lifting the roof of my tongue, as if holding a pea against the roof of my mouth, to lend the last syllable of “ever” the vowel sound of “herb.”  Shouting out “eh” and “oh” over and over. And at the end of the hour-long class, I hear myself belting out –in  a big, bold voice I’ve never felt come from my body before–“Don’t you ever ask them why!”

These are my first singing lessons, so I don’t have any other method to compare with Pollyanna’s technique. But I do know this: as I walk out of her studio, I feel as if I’ve opened up a whole new room in my throat. And I feel bigger and more confident, as if I take up more space in the world.

It’s not the emotional catharsis I was expecting from singing a song about parents and children growing older and letting each other go. It’s more like the feeling I have after a good yoga class. From years of yoga, I know this for sure: The way I sense my body—its precise and familiar pattern of openness and contraction—shapes how I construct my sense of “me.” Free up a shoulder, and you liberate more than just joint mobility—you may release an emotional weight you’ve been carrying for years. Open the paraspinal muscles in your upper back, and your heart opens too.

What else might I open, as I open new rooms in my voice? I’m eager to find out.

Later that evening, I drive to San Rafael through the rain, to pick up my son after his play rehearsal. And driving down the road, windshield wipers swiping, thinking about the journey into adulthood that lies ahead for him, I get a little teary as I sing the whole verse, without worrying about the shape of my vocal tract: “Don’t you ever ask them why, if they told you you would cry, so just look at them and sigh—and know they love you.”