Memories in a Bottle 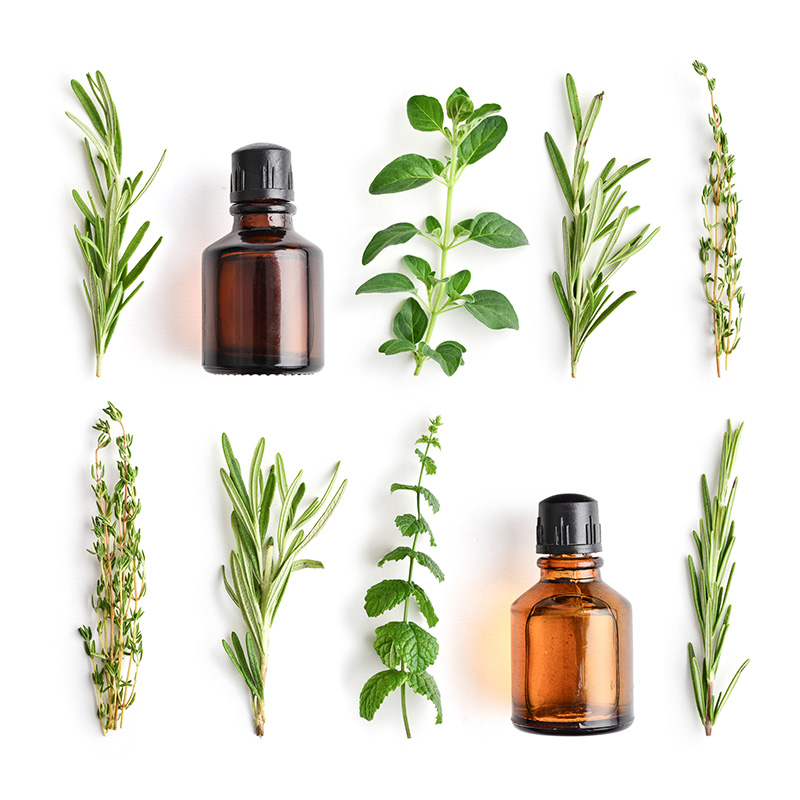 Right around the time my now 19-year-old son turned two, he became obsessed with a collection of thumb-sized bottles of essential oils that sat on a wide, tiled window ledge in our bathroom. They were already dated even then, their labels smudged and oily—the remnants of two different aromatherapy kits that had been sent to me as promotional packages when I was an editor at Yoga Journal in the early 90s, many years before my son was born. Back then, I had brought them home to the hilltop house I rented with three other 20 and 30-somethings. I had planned to purchase a diffuser and perfume my whole life with lavender, clove, bergamot, and bitter orange, along with their advertised benefits: Tranquility. Prosperity. Romance. Purification.

But I never got the diffuser—or perhaps I got it, then lost it. After a few years in a jumble at the back of my sock drawer, the bottles traveled with me in a shoebox through multiple moves, a wedding, the birth of a child. Until one day, as a distraction to ward off an impending toddler tantrum, I uncapped a bottle of eucalyptus—whose smell matched the tree whose broad leaves littered our driveway–and suggested that my son take a whiff and try to guess what it was.

For months afterwards, this was one of his favorite occupation—matched in its fascination only by kicking the mechanisms that raised and lowered the garage door; listening to “Fu Manchu” by Desmond Dekker a few dozen times in a row; and dipping his forefinger in my contact lens solution, then dabbing at his eye. “Do you want to smell the essential oils?” he’d ask eagerly, and then we’d sit on the bathmat for an hour or so, sniffing and identifying: Mint, fennel, oregano… It was a phase that felt like it would never end.

A few weeks ago, while purging a bathroom cabinet Marie-Kondo style, I came across those bottles—now even grimier, but still half full. My son, now a college sophomore, was home for his winter break. So before deciding that the oils no longer “sparked joy” and discarding them, I asked him if he wanted to take a whiff. He only vaguely remembered that they had once obsessed him. But to humor me, he agreed.

Eucalyptus, he reported, “just smells like Vicks Vapo-rub.” Clove and bitter orange seemed Christmas-y. Lavendar was hand lotion. Bergamot? Earl Grey tea. Whatever memories those oils carried had been long since supplanted by other associations.

But then he inhaled a bottle of ylang-ylang and a bemused look came over his face. “Wow,” he said, and inhaled again. “That definitely takes me back.” He handed me the bottle and I breathed in its blast of tropical flowers. “That reminds me of my dad, walking around the house in his bathrobe, back when he still lived with us.”

He said he remembered his dad driving him to Whole Foods “to pick up a sandwich for Mommy, because she is starving”—and how worried that made him, because he thought his dad said “starring,” and so he was afraid he would come home and Mommy would have turned into a star. He remembered that “Fu Manchu” made him feel very sad—perhaps because his dad had told him that Desmond Dekker had died.

That bottle packed the distilled essence of a time both sweet and sad—a time when the three of us all still lived together as a nuclear family, but that family was about to shift into another form.

Like Proust’s famous madeleine cookie dipped in tea, smells, tastes and music can be time capsules stuffed with memories. When I lead writing-as-meditation workshops, I often ask participants to step into a place or a time of their life through the memory portal of their senses: the music they listened to, the food they ate, the clothes they wore.

And the act of writing can also be an act of distilling and storing the essential oil of a time, so you can pull it out and smell it later. A journal entry can be like a tiny bottle of rosemary or juniper, preserving a moment to inhale later. And even years afterwards, through writing, you can time travel back to a period of your life and extract its volatile essence—then pass the bottle on to someone else so they can take a whiff.

I’ve been hanging onto those oils, all these years, because they evoke such poignant memories for me—of a little boy now a young man, of a marriage now a co-parenting friendship. But now, instead, I can let the old oil bottles go—and just store a few of those memories into these words.

I can extract and preserve this truth: For me, the sadness of that time has faded like the print on the bottle labels. What’s left is the fragrance of the love, sweet and strong as ylang ylang.